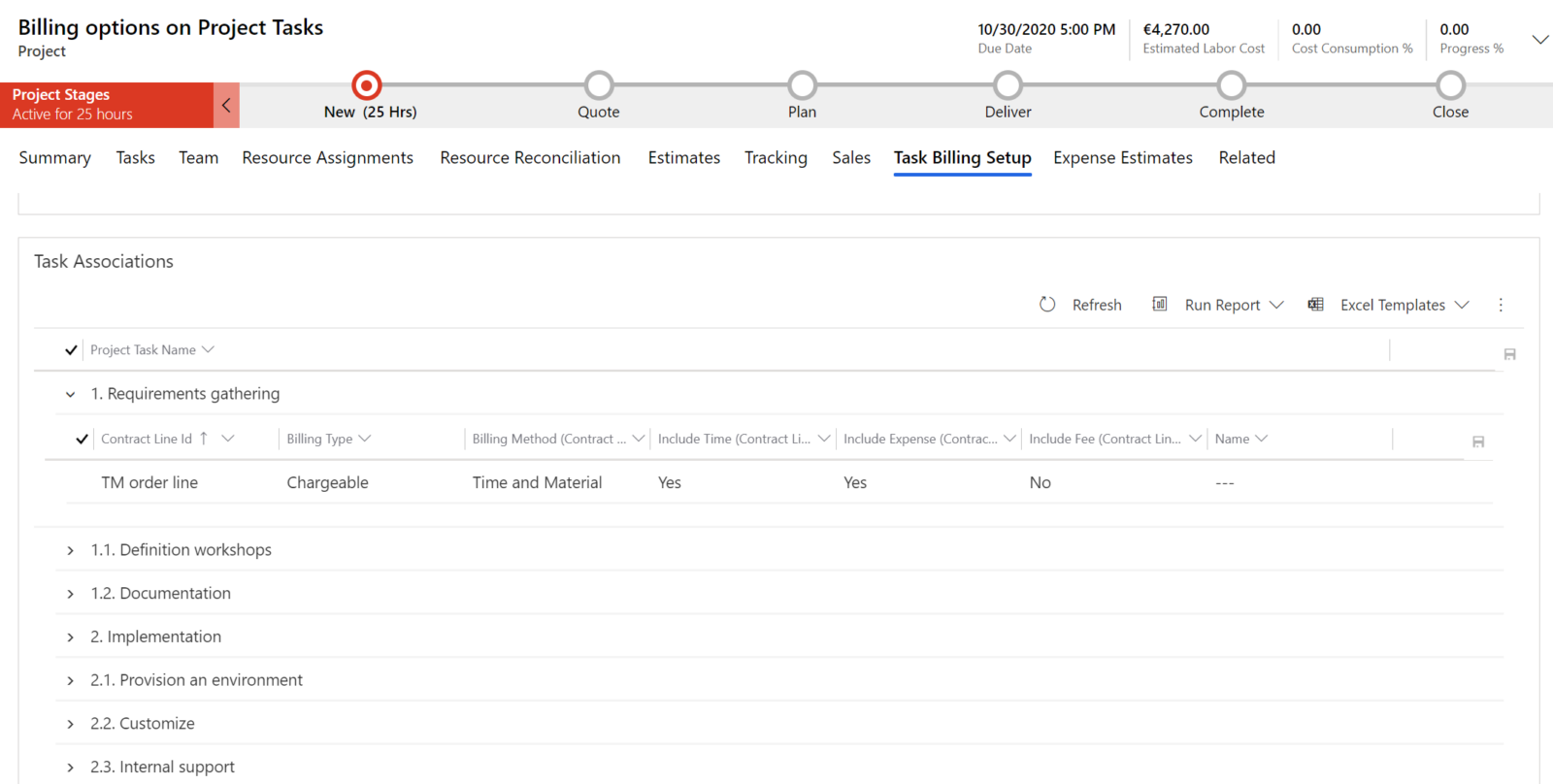 The General Availability of Dynamics 365 Project Operations has introduced a long-awaited feature of billing and chargeability options for project tasks. As I’m writing this blog post, this feature is currently only available in a CE-only deployment however the integrated CE+F&O deployment will also receive this feature in a future update. In a nutshell, the feature is simple: It allows a user to select whether all or only some project tasks as chargeable. Let’s walk through the chargeability setup in ProjOps.

Selecting which tasks are included on an order line

Adding a new task association is done from the Chargeable Tasks grid. This adds a new Project Contract Line Task record for the new Project Contract Line Task entity, which is introduced to the ProjOps data model in the UR3 release. When a task is associated this way, it’s done on task level. This means that associating a summary task doesn’t automatically add its subtasks to the grid.

Selecting a billing method for a project task on a project

When a project is associated with an order line, the Task Billing Setup tab on a project will become visible and the Task Associations grid will display a project’s summary and subtasks. The grid is a bit tricky to navigate but once a task is selected on the grid, an Associate a Contract line subgrid button will light up. The available options on the popup dialog are:

As it’s only possible to expand a single project task on the Task Associations grid, an easier place to view the effect of the popup dialog is to look at the associations from the Chargeable Tasks tab on order line. This will reveal that the choice that was made in the previous dialog sets the summary task and its subtasks as chargeable.